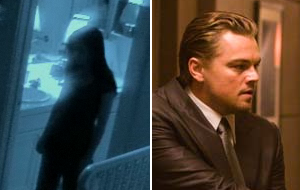 After instantly creating a rush of online buzz following the release of its first teaser, Paranormal Activity 2 now ranks second only to Harry Potter and the Deathly Hallows: Part I among unreleased films in the latest WebWatch report. The sequel has recorded a respectable 2,579 positive opinions vs. 1,021 negative ones. The rush of online chatter has certainly been helped along by the fact that PA2's teaser is playing in front of The Twilight Saga: Eclipse. Now that Paramount has made moviegoers aware of PA2, the challenge will be to maintain a strong level of interest before it opens on Halloween. Less is more when it comes to the success of this property, so don't expect anything that resembles a full-blown theatrical trailer full of plot details.

After lagging behind fellow July releases such as Salt and Despicable Me, Inception managed to jump to third place with a solid 6.52 percent market share of opinions. The marketing campaign that Warner Bros. is using for the film has been short on details, which represents something of a gamble for a film that needs to open big to justify its $200 million-plus budget. Yet with established properties such as Shrek Forever After and Sex and the City 2 underwhelming this summer, an original property like Inception has an advantage. This recent burst of interest is certainly a positive sign.