close
Will audiences turn out for the Tom Hanks-led depiction of 2009's Maersk Alabama hijacking? 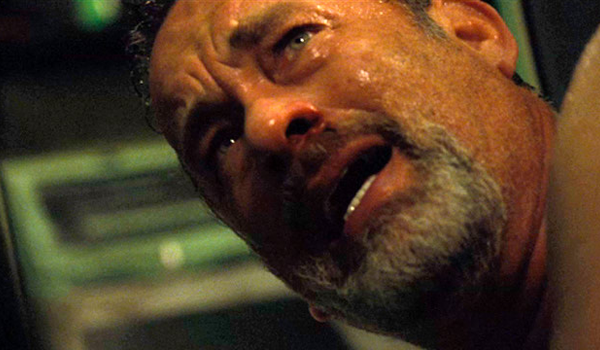 The September grind is almost over, and that's good news for moviegoers. By sending Prisoners to a healthy $20.8 million debut last weekend, adult crowds have shown how hungry they are for something worth the price of admission. We recently analyzed the building buzz for Alfonso Cuarón's Gravity (opening October 4), and the second weekend of October could have its own standout with Captain Phillips.

In recent years, Tom Hanks hasn't driven the big box office numbers his fans (including this writer) and the industry became accustomed to seeing throughout most of his career. Despite that fact, Hanks remains one of the most respected figures in the industry and is receiving solid acclaim for his portrayal of the real life hero, Captain Richard Phillips. Ditto goes for the direction by Paul Greengrass. Although the filmmaker hasn't produced a box office hit since 2007's The Bourne Ultimatum, to be fair, neither United 93 nor Green Zone packed much mainstream appeal to begin with.

Will Captain Phillips mark a commercial turnaround for Hanks and Greengrass?

The upsides: critical response is fantastic so far, Hanks' wheelhouse is now among those 25-and-up audiences that grew up with him, and stories where a relatable hero prevails tend to find bigger audiences as opposed to tragic endings or politically motivated plots.

The downsides: Gravity. If the sci-fi pic takes off at the box office in its debut weekend and proceeds to generate public word of mouth similar to that of critics, it will undoubtedly steal some of Captain Phillips' thunder when it releases one week later.

Still, there could be room for both films at the box office. If nothing else, the Fall/Holiday 2012 and Summer 2013 seasons proved that the market is capable of expanding to support multiple crowd-pleasers that target similar demographics. Given the number of promising titles set to fill movie theaters in this year's final quarter, we can't rule that out from happening again.

Metrically, Sony's Captain Phillips is showing encouraging signs throughout key social media platforms. Its 1,966 tweets during our tracking period topped last year's Argo by 2.5 percent and Flight by 26.5 percent during their comparable time frames. Phillips does, however, trail Sony's own Moneyball by 48 percent.

The dramatic thriller is a bit more sluggish on Facebook where it just crossed the 10,000 fan threshold on Tuesday. That represents one-third the number of "likes" Argo carried at the same point before release. The eventual Best Picture-winner more than doubled its total number of fans from September 18 to September 24 last year, whereas Captain Phillips has increased by a more modest 31 percent since September 17. On the bright side, Phillips is significantly ahead of Flight's 8,371 fans.

Flixster is where Captain Phillips finds its best advantage. The pic boasts a 97 percent "want to see" score from 14,000 voters as of Tuesday. With 17 days to build on that, Phillips is on pace to exceed the 15,470 anticipating votes Flight accumulated by the day before its release. Argo generated 12,956 before opening weekend, while Moneyball closed its pre-release window with 11,134 positive votes.

Interestingly enough, Argo and Moneyball opened to nearly identical weekends of $19.5 million each. Both films enjoyed great legs thanks to word of mouth, although the former obviously enjoyed a longer run in the wake of its awards circuit domination and months-long Oscar buzz. You can find the key stats of our comparison films below.

At the time of this story's writing, BoxOffice's official Captain Phillips forecast is for a solid $18 million debut onward to $72 million domestically. However, as alluded to earlier, Phillips' opening and long-term fates are somewhat dependent on how audiences respond to Gravity. Fortunately, neither film will face much more competition for adult crowds (other than October 25's The Counselor) until November--meaning the possibility for co-existence certainly exists. We'll be paying close attention to the varying buzz levels as October's headlining releases approach, so stay tuned to BoxOffice for further updates.

Discuss this story on the BoxOffice Forums