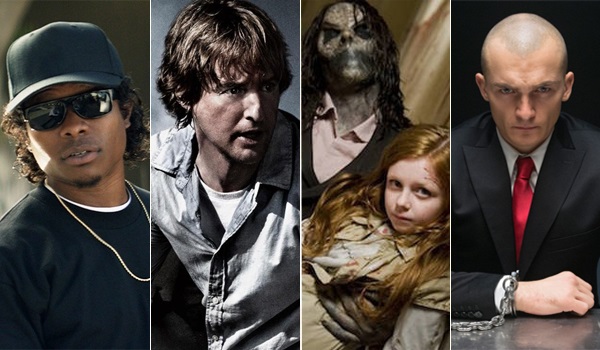 Mission: Impossible - Rogue Nation was up one spot from Wednesday to take second on Thursday with $1.02 million. The fifth installment of the Tom Cruise led blockbuster franchise from Paramount was down a very slim 1 percent from Wednesday and down a solid 40 percent from last Thursday. Rogue Nation placed in second for the week with $16.02 million. The film was down 36 percent from the previous week and has grossed a healthy $162.09 million in four weeks.

The Weinstein Company's No Escape was down one spot to land in third with $0.882 million. The action thriller starring Owen Wilson, Pierce Brosnan and Lake Bell fell 25 percent from its opening day take on Wednesday. No Escape has grossed $2.06 million during its first two days of release. That places the film 22 percent ahead of the $1.69 million two-day midweek start of last year's The November Man (which fell just 4 percent on its first Thursday to gross $0.830 million).

Focus' Sinister 2 grossed $0.658 million to remain in fifth. The low-budget horror sequel from Gramercy and Blumhouse Productions was down 4 percent from Wednesday. Sinister 2 was off to a softer than expected seven-day start of $13.20 million this week. That placed the film in third for the frame and was a lackluster 42 percent softer than the $22.92 million one-week take of 2012's Sinister.

Hitman: Agent 47 followed in sixth place with $0.614 million. The video game based action film from Fox also declined 4 percent from Wednesday. Hitman: Agent 47 took fourth place for the week with a seven-day start of $11.42 million. That was on the very low end of the film's modest expectations and places the film a disappointing 50 percent behind the $22.96 million seven-day take of 2007's Hitman.

Lionsgate's American Ultra landed in seventh with $0.452 million. The action comedy starring Kristen Stewart and Jesse Eisenberg fell 3 percent from the previous day. American Ultra finished in sixth place for the week with a seven-day start of just $7.69 million. That was below the film's already modest expectations and was 4 percent below the $8.02 million first week take of 2009's Adventureland.