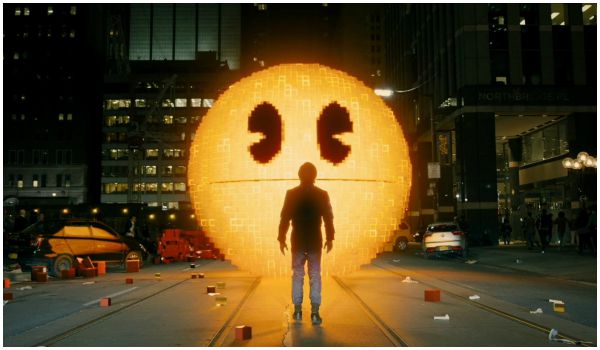 Rather than throwing every single film into a market they think will guarantee a return, Hollywood studios need to start reevaluating what kinds of films they release in China. This Tuesday's opener Pixels is a prime example of the thinking that pervades executive offices in Hollywood when it comes to the Chinese market. The fact is that the nostalgia Sony was banking on to carry Pixels, namely the love of 8-bit video games from the 80s, simply doesn't exist in the demographic that drives China's box office success - the post-90s generation in lower tier cities (those outside of Beijing, Shanghai, Guangzhou, and Shenzhen). This year's blockbusters Furious 7, Avengers: Age of Ultron, Jurassic World, as well as smaller successes such as San Andreas all captured the attention of this demographic. There weren't any elements to age them out of the films' large scale action scenes; it was all highly accessible, good old popcorn fun. However, can you imagine a group of 20 year-old kids from the middle of China going to their local cinema to watch a bunch of schlubby middle-aged American males they've never heard of take on old video game characters they've never heard of?

In emails leaked by hackers, Sony executives decided to amend a scene from Pixels' original script where aliens shot a hole through the Great Wall to avoid offending Chinese regulators and secure a China release. We think Sony should have shot a hole right through their "Pixels in China" strategy trapper keeper and stayed out of the country altogether to avoid offending moviegoers. Despite the fact it has the highest levels of awareness, intent to purchase, and word of mouth of this week's new releases according to EntGroup's EFMT Index, this one is destined for the garbage dump next to another ill-advised release, Disney's Tomorrowland, and will end up with less than $20 million.

UPDATE: As of this posting, Pixels earned a disappointing $2.1 million on its opening Tuesday.

Two other imported films enter Chinese cinemas this week: Assassination, the highest-grossing South Korean film this year with $84.8 million worldwide and Sean Penn's The Gunman which grossed just $10.6 million stateside in March. Neither film will gain much more from Chinese audiences.

Holdovers Mission: Impossible - Rogue Nation and Minions will hold on to the top two spots again this weekend despite performing below pre-release expectations.