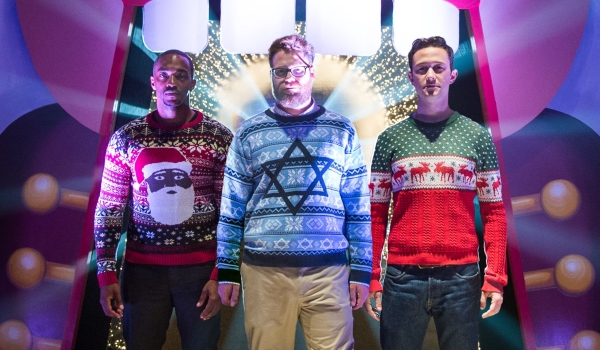 Monday Morning Update: Holiday laugher The Night Before jumped up the Facebook like charts this past week thanks to its ongoing marketing push and latent trailer news. I also believe it might have combined a couple pages to achieve the big boost but regardless its most definitely on the map for holiday films now. Seth Rogen's This Is The End had 240k likes this time before its release while Guilt Trip had only ~350. This should play well to Rogen's core fans of middle aged males and while it might not as big of an opening as some of his past films the holiday season should give it some strong legs and a decent run late into December.

The Fifth Wave also gained some much needed followers over the past week with its second trailer. After its debut trailer really didn't make much of a splash on Facebook at the end of August this time out it saw a strong wave (yes I couldn't resist) of support, rising over 200% to just over 111k likes overall. The good news is that there is still just under four months for it to make a name for itself and generate interest. The bad news is that its lagging behind all other major young adult adaptations at this point on Facebook before release including Mortal Instruments (425k likes), If I Stay (175k) and The Host (150k).

Krampus continues to do well, jumping a further 65k to push its total to north of 215k likes. While its early I have my eyes on this as a possible success story for the holidays. Lastly, Crimson Peak debuted on the top 5 list for the first time this past week, less than a month away from its release. Its 245k likes is just below that of recent horror success The Visit.