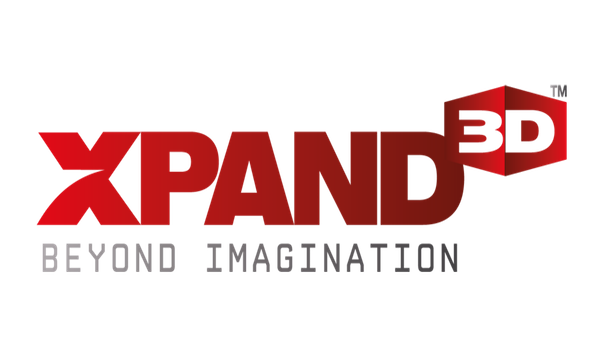 For the seventh time in a row, XPAND Continues its Position as the Exclusive 3D Technical Partner for the Venice Film Festival, by equipping four screening theaters at the Festival.

Bringing XPAND's 3D technology to one of the most prestigious film festivals in the world for so many years in a row is a proof of XPAND's world leading position in terms of the quality of 3D cinema.

XPAND will be providing 2000 new active shutter glasses as well as equipping four of the largest theaters: Sala Grande (Palazzo del Cinema), PalaBiennale, Sala Darsena (via Candia) and Sala Perla (Palazzo del Casinò). 3 XPAND Four Kits and 1 XPAND ONE plus many accessories will be deployed during the festival. 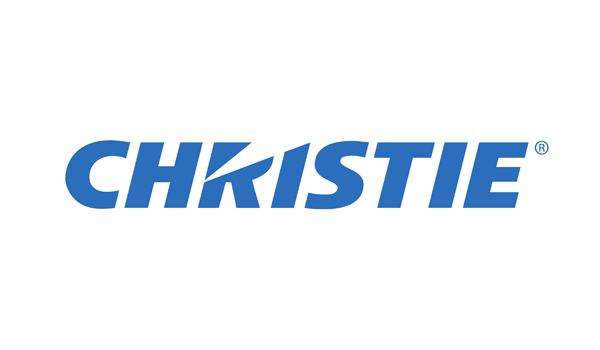 CYPRESS, Calif. - (August 25, 2015) - Christie® is pleased to announce that Village Cinemas, one of Argentina's leading film theater chains, has completed its digitalization with the Christie SolariaTM Series. In the final phase of its digital roll out, Village Cinemas installed 38 Christie CP2220 projectors, making the majority of Village Cinemas' 79 screens Christie installations.

With twenty years' experience in the Argentinian market, Village Cinemas has eight complexes and 79 screens across Argentina. In 1996, Village Cinemas was the first exhibitor to open a multi-screen complex in Argentina, with Village Mendoza, a 10-screen theater with a seating capacity of 2,346.

Village Cinemas' reputation for being a technology leader differentiates it from its competitors. It is constantly introducing exclusive innovations including theaters with ‘love seats' (movable armrests), widescreen systems (wall-to-wall screens), full stadium seating that guarantees a complete view of the screen from any location, and monster screen theaters featuring Dolby® AtmosTM sound.

"We had already used Christie equipment during the first phase of digitalization of our theaters and the excellent experience at that time proved a decisive factor in choosing the brand again," said Diego Bachiller, commercial manager at Village Cinemas.

"Christie has made a name for itself on the basis of the quality of its products and for the service it provides in Argentina, which is a deciding factor over other brands," Bachiller added. "With regard to the Christie CP2220 model we acquired, its performance and brightness are excellent, it is very easy to handle and user-friendly for our operators, as well as being very competitively priced."

Juan Carlos Chávez, Christie Latin America Director, enthused, "We are delighted that such a high-end chain as Village Cinemas has chosen our DLP Cinema® projectors from the Christie Solaria Series."

Likewise, Edgar Navarro, Cinema Account Manager for Christie in Latin America, noted that, "Village Cinemas has always introduced the latest improvements and been at the forefront in offering its audiences innovative cinema technology, so, as you can imagine, we are delighted to be a key player in the technological foundation on which the company is building its plans for the future."

Village Cinemas also acquired two units of the Christie ACT automated control solution for film theaters. This is a powerful and flexible web-based system providing total control over a theater's many functions (light dimmers, masking motors, audio levels, projectors, servers, and more) from any device with web access in the network.

In addition, Village Cinemas recently attended a demo of Christie Vive Audio and were delighted with the new cinema sound system. "We tried it out in a theater in Los Angeles and we were really impressed. It's an excellent product that the audience will definitely appreciate," said Inés Trementino, the chain's manager of Operations. "Of course, we fully intend to bring this system on board and continue differentiating ourselves through technology, because we know that our audiences perceive and value a cutting-edge cinema experience." 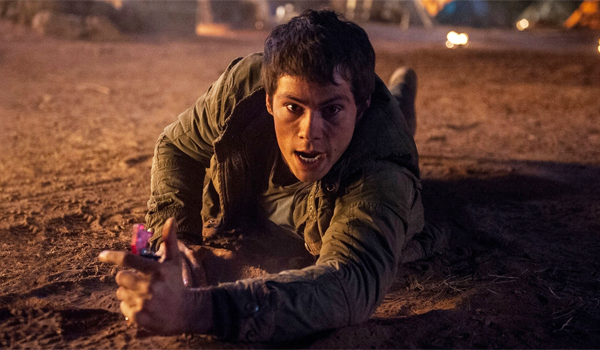 The end-of-summer box office doldrums may have set in recently, but today's first industry tracking for Maze Runner: The Scorch Trials suggests the anticipated sequel is heading for a strong opening weekend close to $50 million when it launches September 18.

Scorch Trials' "Definite Interest" levels scored 52 percent among those polled, putting it in line with The Divergent Series: Insurgent's 54 percent near the same point before its release in March. "First Choice" figures were also near identical with 15 percent for Scorch versus 16 percent for Insurgent. Those marks are even better when considering the Maze Runner sequel's "Unaided Awareness" (4 percent) and "Total Awareness" (73 percent) levels are slightly behind those of Insurgent (6 percent and 77 percent, respectively) three weeks out from release.

Unsurprisingly, male interest in Scorch Trials is slightly higher and offsets the marginal difference in female interest for Insurgent. The latter pic scored a $52.3 million domestic bow earlier this year.

A $50 million opening for the second of three planned adaptations in the published trilogy by James Dashner would be a huge improvement over its predecessor's already-strong $32.5 million opening last year, which stands as the seventh best September debut ever. Anything over $42.5 million (held by 2012's Hotel Transylvania) would give Scorch Trials the new record for the month. (As box office fate would have it, Hotel Transylvania 2 is set to release one week later on September 25.)

The first film was a component in Fox's successful 2014 as it displayed something rare in the young adult sub-genre: long legs. Following its debut, the pic went on to $102.4 million domestically and an additional $244.3 million overseas for an excellent $347 million global take.

On a combined estimated budget of $70 million ($34 million in production costs plus marketing and distribution), The Maze Runner claimed a praiseworthy profit ratio of 4.96 during its theatrical run -- besting the first Divergent's own healthy 2.22 ratio ($289 million global gross; $130 million estimated combined budget). Insurgent landed a more modest 1.84 ratio ($285 million gross; $155 million combined budget), skirting the line of what is generally accepted as a profitable theatrical run (not considering after-market ancillaries, of course).

Word of mouth has clearly spread from the book's fans and turned Maze Runner into yet another mainstream YA franchise, as suggested by Scorch's impressive early tracking. The sequel's trailers have shown off an expanded scope that should help it play well in premium formats, including IMAX.

The young adult adaptation sub-genre has continued to thrive in the post-Harry Potter and post-Twilight box office world thanks to franchises like The Hunger Games, Divergent, and now The Maze Runner -- all three of which interestingly take place in dystopian futures. Social media has been a boon to these series, and Scorch Trials falls in line there as well. The sequel has amassed 43 percent more Flixster anticipation votes than its predecessor had at the same point before release, while also becoming a high-ranking staple among upcoming releases on Twitter and Facebook.

We'll have more analysis and updated predictions on The Scorch Trials as its release nears. 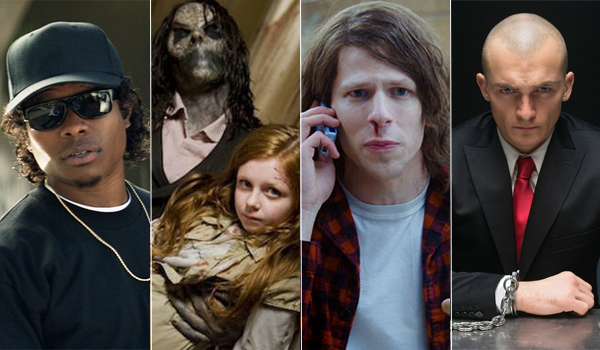 Universal's Straight Outta Compton tacked on another $2.1 million yesterday, retaining first place as it fell 60 percent from last Wednesday. The biopic's 13-day domestic haul is $118.95 million, putting it 35 percent ahead of 8 Mile and 50 percent ahead of Ride Along.

In second place, TWC's No Escape opened to $1.18 million in its first day of release. That's somewhat ahead of expectations as it bested last year's The November Man (which also opened on a Wednesday in late August) by 37 percent.

Sinister 2 pulled $0.68 million in its sixth day of release, giving it $13.2 million in total so far. Unfortunately, that's over 39 percent behind where its 2012 predecessor stood at the same point.

Meanwhile, Hitman: Agent 47 added $0.64 million yesterday, giving it a six-day haul of $10.8 million. That puts the sequel 51 percent behind the pace of its 2007 predecessor.

Disney/Pixar's 'Inside Out' Passes $700M Worldwide 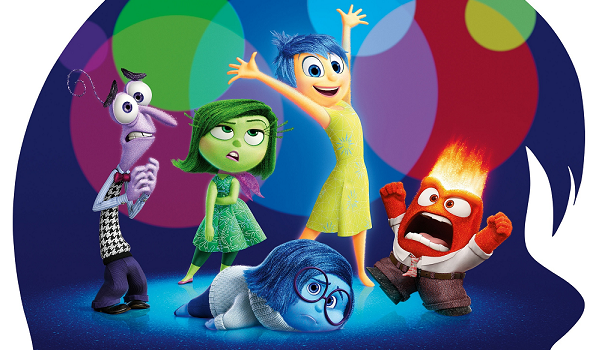 Disney•Pixar's Inside Out crossed the $700M mark at the global box office on Wednesday, August 26, for a worldwide total of $701M. This is the fifth Pixar film and Disney's seventh animated film ever to reach this threshold.

With $343M domestically, Inside Out is the highest grossing animated film of the year and the second highest grossing Pixar film ever on original release, behind only Toy Story 3. The film debuted in the US and Canada on June 19 with $90.4M, the biggest opening ever for an original property.

Internationally, Inside Out has earned $358M. Currently open in about 81% of the marketplace, the film debuts in Denmark, Finland, Sweden, and Singapore this weekend. Major markets still to come include Germany, Italy, and China.